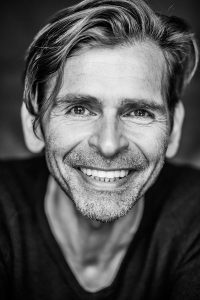 Viennese singer-actress Sona MacDonald has launched a staged tribute to another Viennese singer-actress, Lotte Lenya. MacDonald (photo at right) has had several brushes with Weill and Lenya before, most memorably a star turn as Polly on the acclaimed recording of the critical edition of Die Dreigroschenoper under HK Gruber (RCA/BMG 74321 66133-2, released 1999). Lenya has been big box office so far this season. The Kurt Weill Fest Dessau hosted two performances of a one-woman show by Andrea Eckert, „Die Seeräuber-Jenny.“ Singer Monica Arno, meanwhile, offered her own musical portrait of Lenya at the Stadttheater Baden bei Wien, consisting entirely of songs, with pianist Robert Lillinger. And it’s not even an anniversary year!

The new stage work, with thirty performances lined up between now and the end of June at the Theater in der Josefstadt in Vienna, takes Lenya to a new level. MacDonald provides an overview of Lenya’s life: the glory years in Berlin where she excelled as a Weill-Brecht interpreter and made her name in many other roles as well, and the eclipse and revival of her career in the U.S., which led not only to a historic production of The Threepenny Opera off-Broadway, but to major roles in film (Rosa Klebb in From Russia with Love) and on Broadway (Fräulein Schneider in Cabaret). Her partner onstage, played by Tonio Arango, impersonates Weill, Brecht, and Lenya’s later husbands during the show; they are the only actors.

No such performance would be complete without a generous helping of Lenya’s greatest hits, and MacDonald delivers „Alabama-Song,“ „Pirate Jenny,“ „Surabaya-Johnny,“ „Bilbao-Song,“ „Mack the Knife“ and other favorites well-known and otherwise–seventeen in all. Only last season, MacDonald paid similar homage to Billie Holliday (“Blue Moon”), but she has outdone herself this year. Those in Vienna between now and the end of June have a golden opportunity to see a performance that has drawn unanimous praise from Viennese critics. Dare we hope that more people in more cities, countries, continents will have the same opportunity in the near future?

Video feature from ORF (in German)

Interview with Sona MacDonald (in German; available only in Austria) This website uses cookies to improve your experience while you navigate through the website. Out of these, the cookies that are categorized as necessary are stored on your browser as they are essential for the working of basic functionalities of the website. We also use third-party cookies that help us analyze and understand how you use this website. These cookies will be stored in your browser only with your consent. You also have the option to opt-out of these cookies. But opting out of some of these cookies may affect your browsing experience.
Notwendig immer aktiv
Notwendige Cookies sind für das ordnungsgemäße Funktionieren der Website unbedingt erforderlich. Diese Cookies gewährleisten grundlegende Funktionalitäten und Sicherheitsmerkmale der Website, anonym.
SPEICHERN & AKZEPTIEREN